What do the most high profile martial artists in the world eat? Whatever Mario Limaduran cooks for them.

Officially announced in December 2018, the Ultimate Fighting Championships, through their Performance Institute, partnered with the “nation’s largest all-organic meal delivery service” Trifecta to feed their elite mixed martial artists each and every fight week. Out on the front lines of this exciting endeavor is Trifecta’s executive chef Limaduran.

Personalization is Critical for Success

The dietician has general guidelines, but what the Trifecta and the UFC Performance Institute are doing is basically a personalized system for every single athlete fighting on any given fight card. It’s definitely in my eyes what the next generation athlete is doing.”

The Bolivian-American, who spent the first half of his life in the former country and the second half in the latter, has been busy throughout 2019 traveling from kitchen to kitchen the world over to prepare delicious meals meeting specific nutritional guidelines for the Octagon’s premiere athletes. 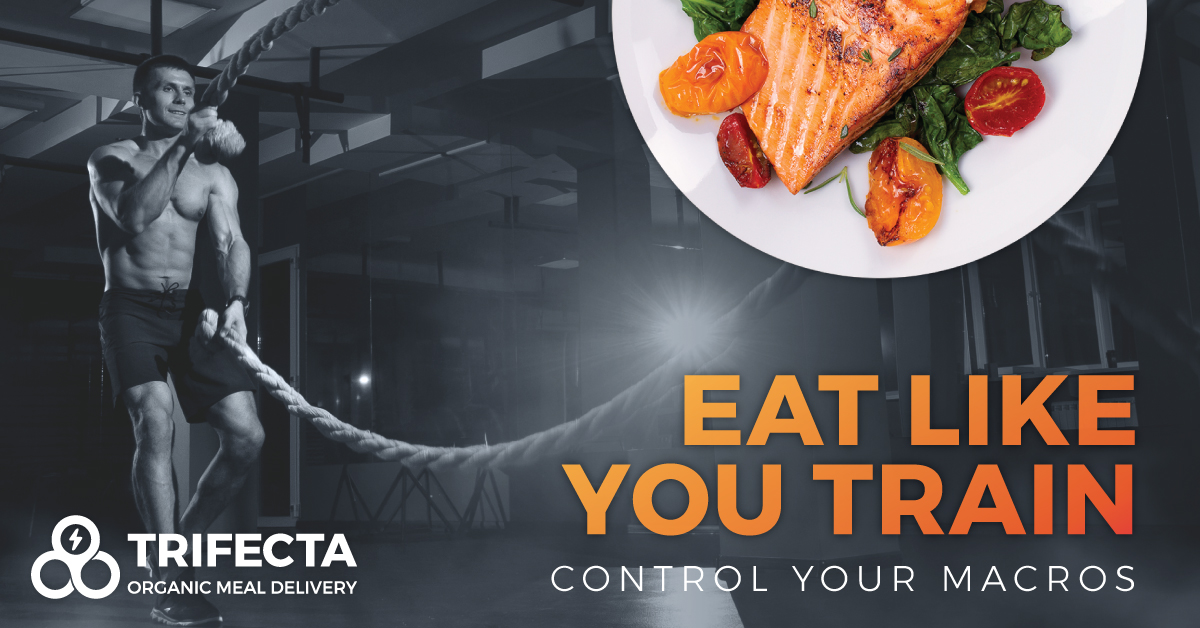 “During fight week, we’re looking at decreasing the weight,” explains Limaduran whose aim is to help fighters make weight by feeding them properly. “The unique approach by Trifecta and the UFC Performance Institute is we eliminate fiber, glycogen by eliminating carbohydrates, and sodium, so that helps the body get rid of about 5% of body weight without really dehydrating. We get rid of unnecessary weight by eliminating those three factors by providing a diet high in protein and fat.”

Limaduran has a history in not only working for athletes who are cutting weight, but for the UFC Performance Institute’s Director of Nutrition Clint Wattenberg, MS RD. After graduating in 2010 from Johnson & Wales University with a degree in Culinary Nutrition, Limaduran took an internship at Cornell University to cook for and create a general training table for the school’s NCAA Division I wrestling team, which was overseen by Wattenberg who was then the Coordinator of Sports Nutrition at Cornell and, years earlier, was a former member of the Big Red wrestling team.

Obviously, Wattenberg was impressed by Limaduran as he would recommend him to Trifecta’s co-founder and CEO Greg Connolly.

“Introducing the uniqueness that I’m trying to bring to the table, which is using sauces for flavor, making the plate look pretty, giving steak and salmon, not only chicken - that has rocked the boat quite a bit,” asserts Limaduran. “We’ve gotten some athletes who have been uncomfortable with that and we’ve gotten athletes who’ve been happy about the variety.

That sounds awful if you ask me. If we can provide flavorful, fun, attractive, and easy food service for the benefit of the athlete- absolutely! Why not? It takes it to the next level.”

Cornell connection aside, Limaduran’s sports nutrition resume includes a couple of years cooking at EXOS in Phoenix, which is a state-of-the-art training facility that routinely hosts professional athletes from all sports, Olympic and paralympic athletes, and youth athletes. Beyond the functional, Limaduran has the flare for fashionable food as he was a sous-chef at the Michelin 2-star rated Providence in Los Angeles.

Clearly, Limaduran has the tools for the trade, but what are these submission specialists and knockout artists eating?

As far as the actual meals go, we use Trifecta’s a la carte system,” tells Limaduran. “Meaning, you can choose your protein, starch, and vegetables on the website. Usually, I I stay with chicken (mostly), salmon, and steak. Then I dress the dish with sauces.

“The sauces have two purposes- 1. flavor and 2. a functionality approach to provide as much nutrition as possible in a very hidden way.

I’ve created a very sport specific ‘beet sauce’. It helps the athlete in many ways. It’s high in nitric-oxides and antioxidants, anti-inflammatories, and it’s super flavorful as it has a sweetness to it. I dress the entire dish with it to provide that sweetness that the athlete may be craving.

I provide sauces like pesto, romesco, chimichurri, harissa sauce, parsley crema, peanut sauce, black garlic sauce, so I get creative. I try to provide as much as I can and as much variety as I can, so the athlete doesn’t get bored. Of course, I like finesse, so I add microgreens and herbs and radishes, which just add a touch of oomph for the eye to enjoy.”

These meals are individually prepared and packaged by Limaduran and the UFC fighters can just pick them up. Logistically speaking, a typical card is about 13 fights, which means 26 fighters are eligible - not all take advantage - for three meals a day plus snacks. Yes, snacks!

“Snacks are the funnest meals to make because it takes the human factor into consideration,” beams Limaduran. “I’ve created two snacks specific for the sport. The first one is an ‘egg bite’. It’s a sous-vide egg bite that is cooked under an immersion-circulator, just like the one’s at Starbucks, which is where the inspiration came from.

It’s a perfect 1 protein, 1 fat snack. That’s exactly what we’re feeding them throughout the week- high protein, high fat diet. It’s very fun and I dress it with whatever sauce and it’s a fluffy, fun snack to eat.

The second one is a ‘protein matcha bite’. I came up with these balls, for a lack of a better word, that is made with almond butter, protein powder, and I made a coconut oil powder that is infused with matcha. The powder is made with tapioca-maxa-dextrium (TMD), it’s a little new age cooking, ‘modernistic cuisine’ is what they call it.

You can make a powder out of any oil with TMD. In this case, I infused it with matcha, so you have antioxidants and green tea provides some caffeine to help sustain energy throughout the week.”

Next Generation Of Rehydration

Making weight is only part of the story as Limaduran, Trifecta, and the UFC Performance Institute are incharge of rehydrating and refueling the fighters. “When it comes to Friday/Saturday, it changes 180 and we switch the diet from high in fat and protein to a diet high in carbohydrates, moderate protein, and low in fat,” says Limaduran whose aims switches to replenish lost energy, water, and electrolytes. Soon as a fighter steps off the scale, a 6 hour system is set into action to achieve those goals.

“We first reintroduce electrolytes, every 15 to 30 minutes, there’s a second and third drink,” details Limaduran. “These drinks are un-abrasive to the gut, they are very friendly to the gut, we make sure not a lot of water is pulled into the gut and diarrhea is avoided. In hour 2, we reintroduce food with snacks. 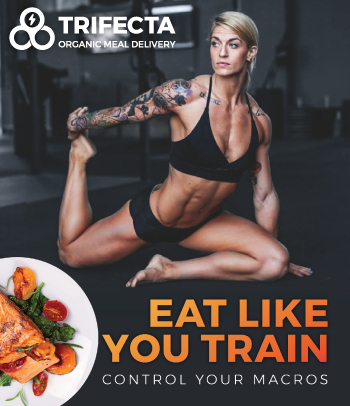 We give them ‘honey stingers’ (honey straws) and ‘fuel for fire’, which is pretty much apple sauce with protein, that’s absolutely delicious. Hour 4, we give them a bagel and jam. Hour 5 and hour 6, we give them a high carb, moderate protein, low fat meal, which consists of white rice, sweet potatoes, potatoes are pretty much my go to for rehydrating purposes combined with chicken and I always include a little bit of fructose.

They say fructose helps with rehydration and reabsorption of protein and carbohydrates to the system, so I always provide a mango, papaya, pineapple salsa because those three fruits have papain and bromelain, which are two enzymes that help break down the protein and help reabsorb the protein into the body a lot faster and better.

I don’t want the body to have to work a lot. It’s a way of bio-hacking using the natural properties in the food.”

Of course, that’s not all as Limaduran is whipping up red velvet pancakes for breakfast using HumanN’s BeetElite powder with a berry compote topping alongside eggs. For lunch, Limaduran might stretch his legs with pad thai or a Mexican bowl, whatever he’s feeling. Intense, immersive, incredible? Simply put, there’s a lot of care and consideration Limaduran et al are putting into this ‘Trifecta Fight Prep’ program.

Food and Thought for the Future 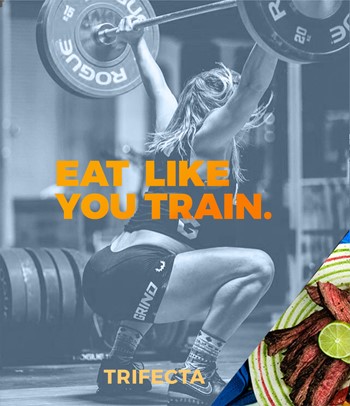 “What we’re really trying to do is make a positive impact in the MMA world,” conveys Limaduran.

“By providing the service, we’re looking at not only educating, but helping the athlete have the stable weight that is very close to their weight class, so that they don’t have really high peaks and really low valleys, which cause them to miss weight and we would be able to help them make weight in an easier manner and empower them to do so."

"I think that’s the beautiful aspect of this partnership is that we’re really here for the athletes and we are really looking at making a positive impact in this world.”

Who knows where he gets the time, but Limaduran is in the development stages of creating the “healthiest and most nutritional” coffee creamer called Primed + Creamer, which one can learn about at Trifecta.

And if one wants to eat like the pros, try out Trifecta’s service for oneself.

By Jordan Newmark  | 6 March 2021   Feed Me Fight Me is all about the Mission. For John Watkins and Brian Eayrs, who became friends while serving in the US Marine END_OF_DOCUMENT_TOKEN_TO_BE_REPLACED

By Lewis Budden  | 19 December 2020   In the vast world of MMA, if you were to name a style that uses both a combination of strikes and kicks you END_OF_DOCUMENT_TOKEN_TO_BE_REPLACED

What we're reading is made up of books, articles and other reading materials across all fighting disciplines, philosophical perspectives, strategies, tactics and other topics we think you will find of END_OF_DOCUMENT_TOKEN_TO_BE_REPLACED

By Dr. Pamela Fernandes  |  13 March 2021 Neck injuries are an unfortunate possibility in the dojo.  Especially in certain martial arts like jujitsu, judo, and mixed martial arts because END_OF_DOCUMENT_TOKEN_TO_BE_REPLACED

By Lisa Stone  |  18 May 2021   Recovery techniques cover many bases. You do not want to wait until you are injured to start thinking about it. In fact, using END_OF_DOCUMENT_TOKEN_TO_BE_REPLACED

By Christina Major  |  21 February 2021   You know the guys who drink soda after soda. And we know you've heard you should be drinking water and not soda. So, END_OF_DOCUMENT_TOKEN_TO_BE_REPLACED

By Lisa Stone  |  26 May 2021 What is your 'Fight Muscle,' anyway?  Is it your fist? Your big guns? Glutes or pecs? Nope. Not even close…and yes, it really END_OF_DOCUMENT_TOKEN_TO_BE_REPLACED